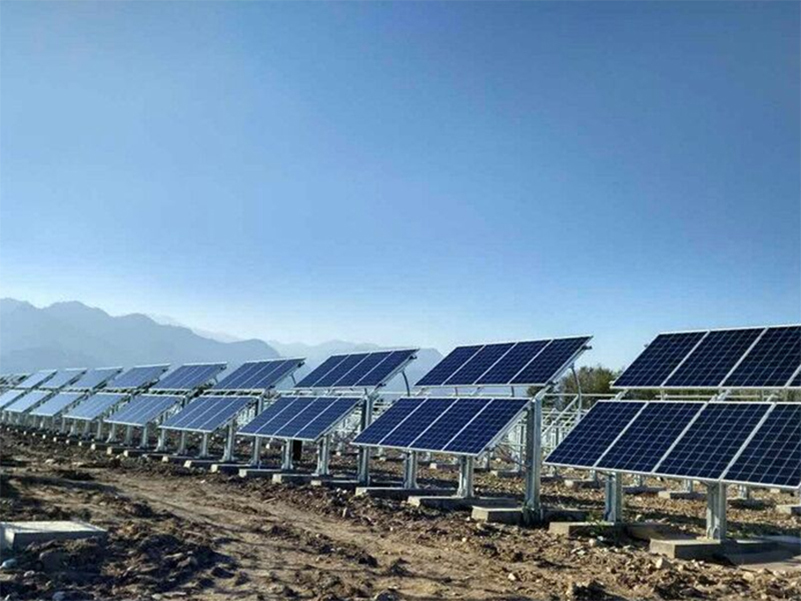 The photovoltaic power generation system has no greenhouse gas emissions during the power generation process, so it is called “green” energy. It has the following main advantages:
① No need for fossil fuels, solar energy is spread all over the world, and it is inexhaustible;
②No moving or rotating parts, no pollution, no noise, and the life span can be more than 30 years;
③The construction period is short, even for large-scale photovoltaic power plants, from design to construction and installation can be completed in 3 to 6 months;
④) The operation and maintenance cost is very low, only about 1/10 of the conventional power station;
⑤ It can be adjusted to local conditions, set up nearby, and the application is very convenient;
⑥Modular structure, adjustable scale, as large as GW-level centralized photovoltaic power station, as small as distributed household rooftop photovoltaic system, and even solar electronic products.

The disadvantages of photovoltaic power generation systems are fluctuations and discontinuities, just like wind power and other renewable energy sources. There are three technical ways to deal with this kind of intermittent energy utilization:
①System configuration energy storage device
② Grid-connected power generation, “store” the generated energy on the grid for storage and use adjustment;
③Multi-energy complementary power generation, and construction of microgrid

Irreversible flow system, the power demand in the area is usually greater than the output power of the PV system, so it is used without generating reverse flow power. In this type of photovoltaic system, it is impossible to confirm that its surplus power does not flow into the grid in the reverse direction. Therefore, even if a small current is generated, the system should have the function of automatically reducing the output power of the PV system or suspending the operation of the PⅤ system, that is, installing an anti-backflow device. .