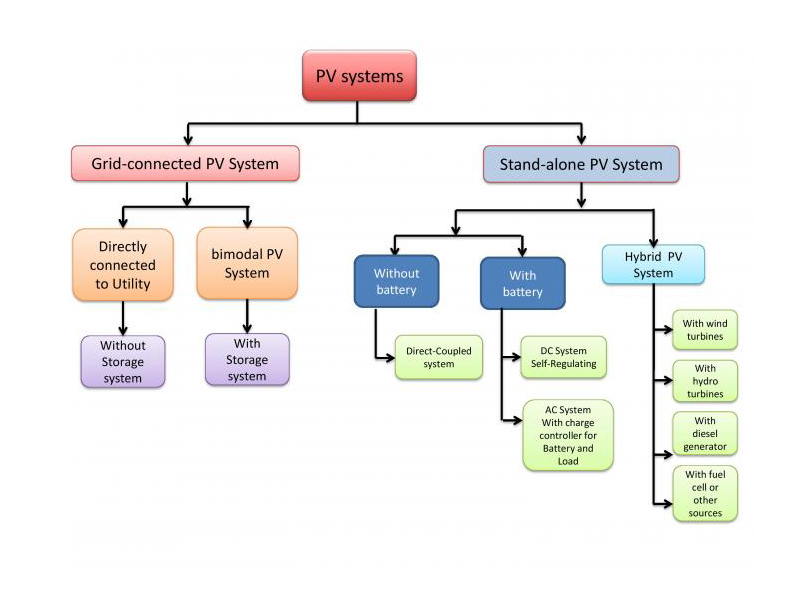 The solar cell array is the main component of the photovoltaic system, which directly converts the received solar energy into direct current. In order to meet the requirements of high-voltage and high-power power generation, the square array is composed of a number of solar cell modules (photovoltaic modules) anti-reverse and bypass diodes, lightning protection DC combiner boxes and cables, etc., after being connected in series or parallel, and fixed by a certain mechanical method. Combination. The bracket of the phalanx must have sufficient rigidity and strength to resist wind, snow, etc., and can be firmly installed on an appropriate foundation.

In the grid-connected photovoltaic system of a building, if the installation orientation and inclination angle of the square array are considered during the design of the house or building, and the anchor bolts and other fixing elements are pre-embedded, the solar cell array is installed. Much more convenient, and can reduce power loss.

The combination of buildings and photovoltaic modules is a further development of the combination of the two, that is, the integration of photovoltaic devices and building materials. The exterior walls of buildings generally use paint, mosaics and other materials. In order to be beautiful, some even use expensive glass curtain walls, whose function is to protect the interior and decorate. If the roof, sun-facing exterior wall, sun visor, even windows and other materials are replaced by photovoltaic devices, it can achieve two goals. It can be used as building materials and decorative materials, and can also generate electricity.

The photovoltaic building integration system should be designed with good cooling and ventilation, because the power generation efficiency of solar cell modules decreases with the increase of the surface work. Good ventilation and cooling can reduce the surface temperature of the components by about 15℃ and increase the power output by more than 8%

a. It can output alternating current with stable voltage. Whether the input voltage fluctuates or the load changes, it must reach a certain voltage stability accuracy, which is generally ±2% in static state.

b. It can output alternating current with stable frequency. The AC power is required to achieve a certain frequency stability accuracy, which is generally ±0.5% in static state.

e. The output voltage waveform containing harmonic components should be as small as possible. Generally, the distortion rate of the output waveform should be controlled within 7% to facilitate the volume of the filter.

f. It has protection functions and alarm functions such as short circuit, overload, overheating, over voltage, under voltage, etc.

h. The commutation loss is small. The inverter efficiency is high, generally 85%-95%.

I, with fast dynamic response.

The grid-connected protector is a safety device. It is mainly used for monitoring of frequency fluctuations, over and under voltage, and power outages of the power grid. If problems are found through monitoring, the inverter should be stopped in time, and the photovoltaic system should be disconnected from the grid to ensure safe installation in the inverter, but there are also separate settings.

b.The high-frequency transformer insulation method is small in size and light in weight, but the circuit is more complicated.

c. Transformer-free method, small size, light weight, low cost, high reliability, but there is no insulation between it and the grid.

Except for the first method, the latter two methods both have the function of detecting DC current output, which further improves the safety. The transformerless method is widely used at present due to its advantages in cost, size, weight and efficiency. The circuit uses a booster to boost the DC voltage of the solar cell array to the voltage required by the transformerless inverter. The inverter converts DC to AC. The controller has the function of networking protection relays, and is equipped with manual switches required for networking to isolate the converter from the power grid in the event of an abnormality.

For example, in the grid-connected photovoltaic system, the power capacity of the inverter is selected, in addition to considering the adaptation of many performance parameters, it should also be noted that the operating efficiency of the inverter is reduced at low power. The choice of the ideal inverter capacity should be considered based on the output power of the solar panel, which in turn is related to the latitude of the installation site. We know that the ratio (P1/P0) of the inverter rated power (P1) to the solar panel nominal power (P0) is usually less than 1. In Europe, professionals recommend a ratio of 65 to 0.8 for Nordic countries; 0.75 to 0.9 for Central European latitude countries; and 0.85 to 1.0 for countries in Southern Europe. In China, the ratio is usually between 0.9 and 1.0, and the specific ratio is determined according to the installation location.

In an independent photovoltaic power generation system, the first priority should be to consider the production of electric energy to meet the load demand, while the reliability and economy of power supply are also very important. Therefore, the consideration of inverter capacity is mainly based on the fact that the inverter output meets the load requirements. As a typical independent photovoltaic power station demonstration project, the configuration of the 25kW photovoltaic power station in Shuanghu, Tibet, China, which has been in normal operation for nearly 20 years, is now introduced as follows.

The geographic coordinates of the Shuanghu photovoltaic power station are 89° east longitude, 33.5° north latitude, and an altitude of 5100m. The local climate has obvious plateau characteristics, the annual sunshine hours are as high as 3000h, the total annual solar radiation is above 7000MJ/m2, and the annual distribution is relatively balanced, and the seasonal difference is small. The construction of photovoltaic power stations is mainly used to solve the electricity consumption of residents such as lighting and watching TV, while taking into account the electricity consumption of public utilities (schools, hospitals, stations, banks, government offices, etc.), with a total load of 29.2kW.

According to the special situation of Shuanghu and the local electricity load forecast, the Shuanghu photovoltaic power station should build an independent photovoltaic power generation system, equipped with a diesel generator set of appropriate capacity as a backup power source, so that it can be used in emergency situations. The power station is composed of solar cell arrays, energy storage battery packs, DC control systems, inverters, rectifier charging systems, diesel generator sets, power supply lines and related civil construction facilities. According to the given requirements and conditions, according to the basic principles and guiding ideology of power station design,

Optimized design and calculation, the main performance parameters of each part of the power station are as follows.

In a photovoltaic power station under fine weather conditions, the sun shines on the solar cell array, and the solar cell converts the energy of the sunlight into electrical energy, and the battery pack is charged through the DC control system. When electricity is needed, the battery pack sends electricity to the inverter through the DC control system. The inverter converts direct current into alternating current of normal frequency and voltage, and then sends the alternating current to the user’s home to supply power to the load through the alternating current distribution system and transmission line. When the battery pack is over-discharged or the voltage is too low due to other reasons, the backup diesel generator set can be started, and the battery pack can be charged through the rectifier charging device to ensure that the system is normally powered by the inverter. In the case that the system cannot be powered by the inverter, such as inverter damage, line and equipment failure and maintenance, etc., the diesel generator set can be used as an emergency power source to directly supply power to the user through the AC power distribution system and transmission line.

In the design of the overall technical scheme, full consideration is given to the needs of future expansion and the requirements of power supply reliability, and there is margin for the performance parameters of each part. The DC control system, AC power distribution system and power distribution circuit are all designed with two working circuits, with output/incoming interfaces for connecting to the second inverter. Obviously, here is the system configuration, P1/P0. The value selected as 1.2 is completely different from the considerations of grid-connected photovoltaic systems.