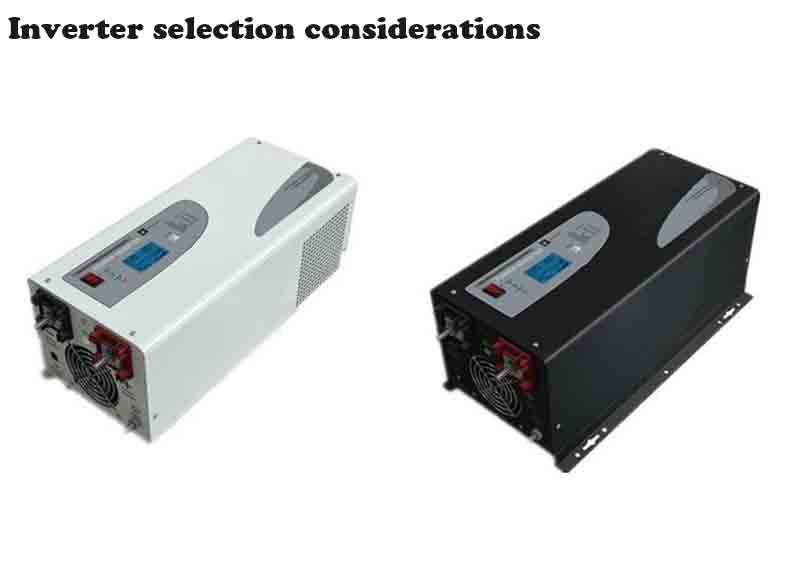 In the independent photovoltaic power generation system, if it has an AC load, it must be equipped with an inverter; if the voltage of the DC load is inconsistent with the voltage of the battery pack, it needs to be equipped with a DC converter.
Inverters are used wherever DC is required to be converted into AC, so the inverter itself is very versatile. However, inverters with AC loads in stand-alone PV systems have some specific requirements, such as:

① High inverter efficiency within the operating range (that is, not only under full load, but also under light load);
② safe and reliable operation;
③ It can adapt to the wide variation of the DC voltage of the battery of the photovoltaic power generation system;
④It is resistant to instantaneous large current impact and can be used continuously for a long time;
⑤ For inverters with inductive loads, the high-order harmonic components of the AC output are required to be small;
⑥ The performance and price are relatively good.

The inverter is the last level device of an independent photovoltaic system, and it is also the key balance component with the third largest investment in the system. Its performance directly affects the investment, performance and reliability of the system. Therefore, for different application systems, the selection of suitable inverters is also an important task for design users.

There are many kinds of inverters, which can be generally classified according to their output waveform, whether the load is active, the number of output current phases, and the topology of the main circuit, as shown in Table 1.

Of course, there are other classification methods, but for independent photovoltaic power generation systems, passive sine wave inverters are generally required.
The main technical parameters of the selected inverter are as follows.

(2) Rated output voltage
The photovoltaic inverter should be able to output a constant voltage value within the allowable fluctuation range of the specified input DC voltage. For medium and small independent photovoltaic power stations, the general transmission radius is less than 2km, and the output voltage of the inverter is selected as single-phase 220V and three-phase 380V, and the voltage is no longer boosted and transmitted to the user. At this time, the voltage fluctuation range is as follows:

①When running in a steady state, the passive voltage range does not exceed ±5% of the rated value; ②When there is an impact load, the voltage fluctuation range does not exceed ±10% of the rated value;
③ During normal operation, the unbalance of the three-phase voltage output by the inverter shall not exceed 8%;
④ The sine wave distortion of the output voltage is generally less than 3%;
⑤ The frequency fluctuation of the output AC voltage should be within 1%, and the output voltage frequency specified in GB/T19064-2003 should be between 49~51Hz.

(5) Rated DC input voltage and range
The rated DC input voltage refers to the DC voltage value input to the inverter in the photovoltaic power generation system. The input voltage of low-power inverters is generally 12V, 24V, 48V, and the medium and high-power inverters are usually 110V, 220V, 500V, etc.
Since the voltage of the energy storage battery bank of the independent photovoltaic power generation system is changing, this requires the inverter to be able to meet the input current and voltage can be changed within a certain range without affecting the output voltage change, usually this value is 90%~120% .