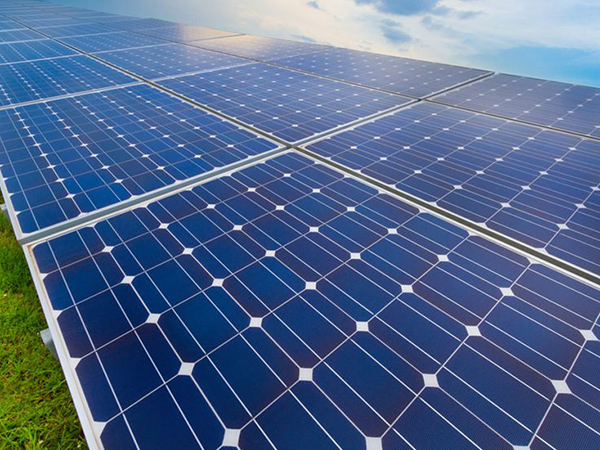 Due to the rapid development of polycrystalline silicon solar cells in China in recent years, domestic high-efficiency polycrystalline flat-panel battery modules are mostly used by large-scale photovoltaic power stations. In particular, the power of a single module is 280Wp, and the battery efficiency reaches 17%~18%. It has passed ISO9001 quality system certification and UL, TUV. A series of international certifications such as, IEC, etc., can ensure that the output power of photovoltaic modules reaches more than 25 years, and the battery efficiency and stability are at the world’s advanced level.
In the construction of large-scale photovoltaic power generation systems, commercially available high-quality 240Wp or 260Wp polycrystalline silicon solar cell modules are often used. The characteristics of such modules are:
①The high-quality and firm aluminum alloy frame can resist strong wind, freezing and no deformation.

②The novel and special frame design further strengthens the sealing between the glass and the frame.

③The long and short sides of the aluminum alloy frame are equipped with installation holes to meet the requirements of different installation methods.

It should be emphasized here that for solar cell modules used in photovoltaic power stations built on beaches and islands, necessary technical demonstrations and necessary measures must be taken to prevent sea breeze and salt erosion from affecting power generation and service life.

In particular, the “Potential Induced Degradation” (PID, Potential Induced Degradation) of photovoltaic modules caused significant degradation of some photovoltaic power plants after a period of operation, which led to more and more discussions in the photovoltaic industry on the causes and prevention methods of PID. . Some families and regions have gradually begun to regard PID as one of the key requirements for components. Many users in Japan clearly require that anti-PID be included in the contract. There is no clear conclusion about the real cause of the PlD phenomenon so far. It is clear that the PID phenomenon is related to the reflective layer on the surface of the cell. Increasing the refractive index of the reflective layer can effectively reduce the occurrence of the PID phenomenon.